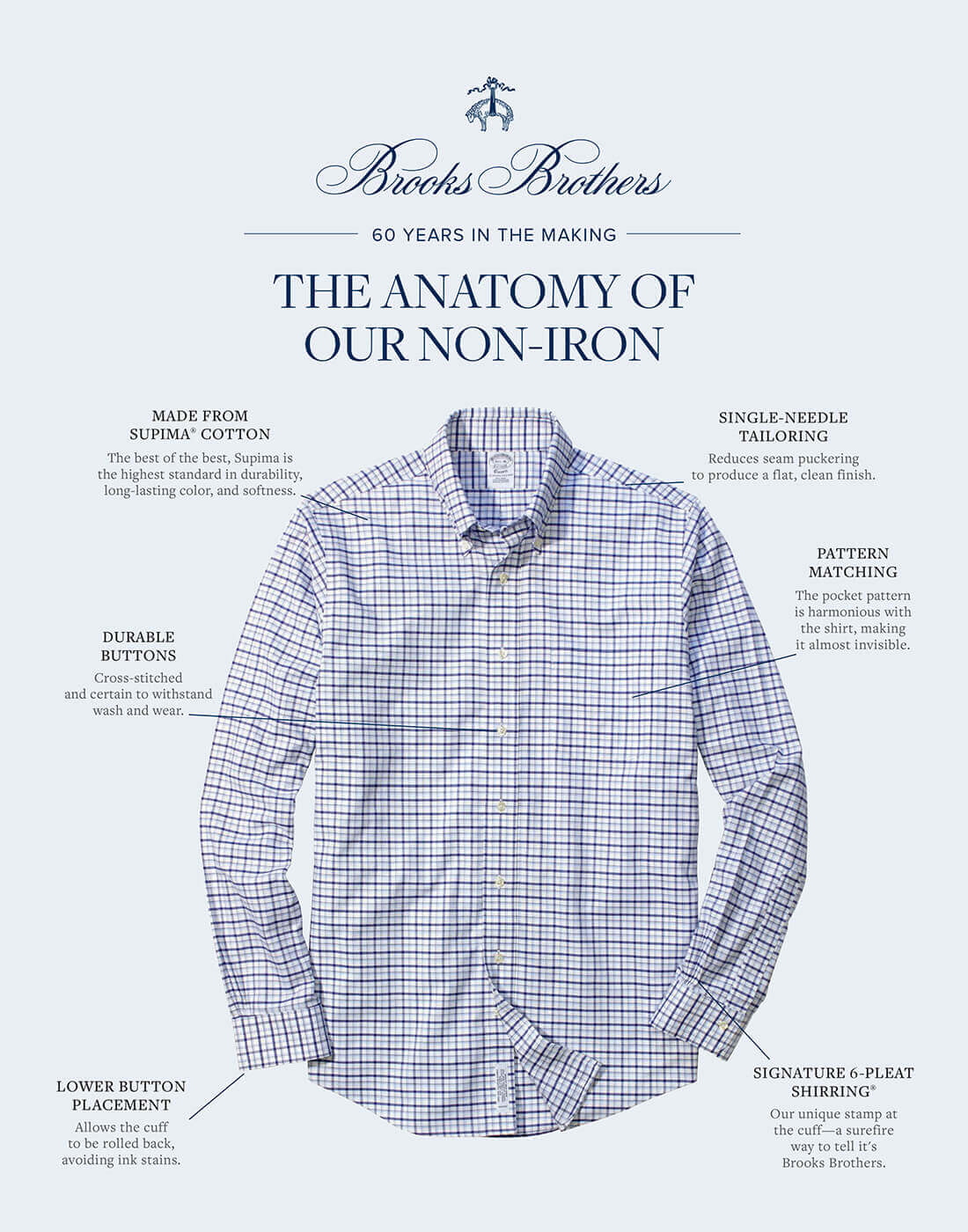 Understanding the exclusive details that give us the leading edge

The Brooks Non-Iron shirt touched off a revolution in men’s dressing when it was first introduced in the 1950s. More than half a century later, it’s still the standard bearer in the industry. And it’s no wonder, we’ve been hard at work perfecting it since 1953.